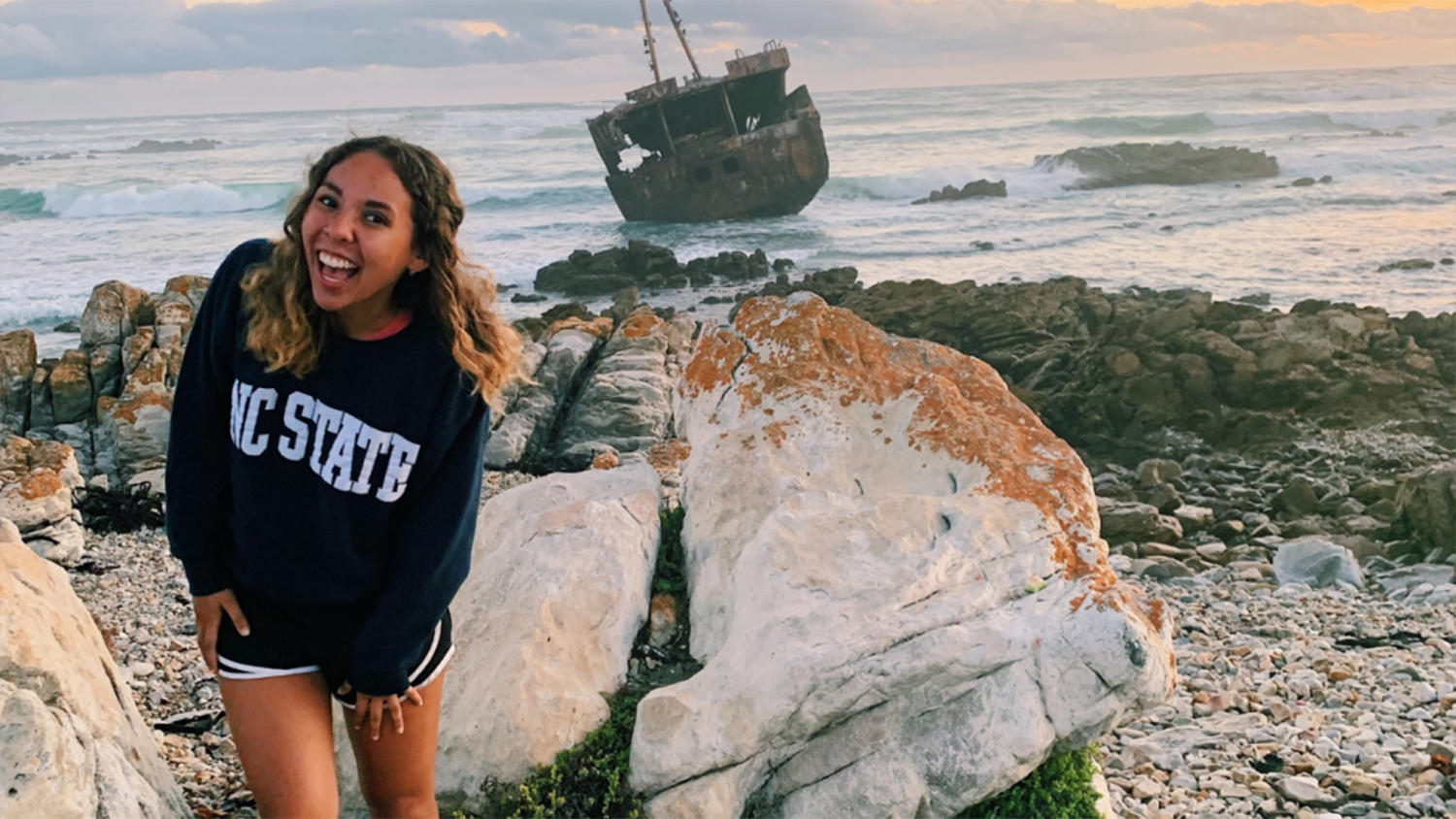 Gain knowledge and hands-on experience to navigate our global society.

International studies is an interdisciplinary program at NC State that prepares graduates to embrace a world where global linkages exist alongside boundaries and separations.

Start your application with the NC State admissions office.

Add or Change Your Major or Minor

Are you interested in adding a second major or changing your degree to one of our concentrations? We can help.

How to start the process

What Can I Do With My Degree?

Many of our graduates go on to work for global corporations, international organizations, and in the government or non-profit sectors. Others, like Maggie Kane (International Studies ’13), who opened Raleigh’s first “pay-what-you-can” restaurant, find ways to improve their communities at home.

To obtain a bachelor’s degree in international studies, students must complete at least 33 semester hours of coursework. Students will select from one of eight concentrations. The degree also requires six credit hours from an approved study abroad program.

What do we really know about Africa? Look beyond common stereotypes and popular misconceptions to better understand the second most populous region of the world. economics professor William Easterly writes, “Today, as I sip my Rwandan gourmet coffee and wear my Nigerian shirt here in New York, and as European men eat fresh Ghanaian pineapple for breakfast and bring Kenyan flowers home to their wives, I wonder what it will take for Western consumers to learn even more about the products of self-sufficient, hardworking, dignified Africans?” (L.A. Times, July 6, 2007)

Africa has a rich pre-colonial history, and became fully connected to the modern industrialized world during European colonialism, even though this left behind a controversial legacy of under-development. Africa today is a continent with abundant resources and potential, as well as many enduring challenges. Students in this concentration will take steps toward understanding Africa—home to 2,100 native languages and one billion people—in its full complexity.

Located at the crossroads of cultural and economic interactions, the East and Southeast Asia region is home to some of the earliest cradles of civilization. With a third of the world population residing in this region, East and Southeast Asia has a very heterogeneous ethnic, political and cultural composition. The physical geography of the region offers a mix of continental, archipelagic and island environments that not only result in rich fishing grounds, beautiful harbors and vast reserves of geothermal and other natural energy, but has also served as the landscape for geophysical hazards such as tsunami, typhoon, earthquake and volcanic eruptions, not to mention maritime piracy and regionalistic thinking among its inhabitants. Ranging from religious practices such as Catholicism (Philippines), Shintoism (Japan), Buddhism (Laos/Cambodia), or Confucianism (China), to forms of governance such as absolute monarchy (Brunei), totalitarianism (North Korea), single-party socialism (Vietnam, Laos) and constitution-based democracy (Singapore, South Korea). East and Southeast Asia’s diverse forms of geographic, political and cultural features make for a fascinating study from the local, national and regional scales.

Expand your knowledge of the political, social and economic processes that influence contemporary Europe. Europe has been a center of international power for centuries, and its individual nations continue to wield significant global influence. The continent has undergone profound political and economic transformations in the last half-century that include the emergence of the European Union (EU), whose institutions link 28 nations. Despite these developments, Europe remains very much an idea in progress and a reality under construction. Some of the areas where we see this reality contested include challenges with continued expansion of the EU to include additional countries, transnational migration, monetary integration, and competing political ideologies.

The future of Europe includes some major challenges, including the integration of new member states as the European Union expands, issues related to transnational migrations and trafficking, the difficulties of the Euro-Zone and monetary union, and the rise of competing ideologies, particularly far-right political parties.

Globalization encompasses a series of long-term processes that have prompted profound cultural changes around the world. Globalization has, in many ways, made the world a smaller place while expanding our horizons. How do music, philosophy, religion, language and other cultural qualities vary around the world? Choose from a list of courses that draw heavily from the humanities and allow you to explore a variety of cultural traditions.

Is the world a single, global system? What factors support global integration and the continued importance of national and local-level societies? Learn theories of globalization and explore the limits of global interconnectedness. Additional topics include the role of religion in international settings, ideas of global justice, and the historical antecedents to global organizations such as the United Nations and the World Bank.

Examine a region of sharp contrasts and rich cultural history. In addition to its European ancestry, some parts of Latin America are strongly Native American. Sixty-two Native American languages are spoken in Mexico alone. Other parts show an unmistakable African heritage. Along the Caribbean coasts of Belize and Guatemala and south to Colombia and Venezuela, Afro-Caribbean people speak Creole languages. Parts of Latin America, especially Brazil, are widely expected to dominate the global economy. Other countries count among the poorest in the world (Honduras and Nicaragua) or house some of the starkest differences in wealth and poverty (Colombia and Mexico). Latin America houses 9% of the world’s population in 20 countries. Some 17% of U.S. citizens describe themselves as Latino. As with other parts of the world, when we study Latin America, we also study ourselves.

South Asia and the Middle East (SAME) have a rich history, contemporary governance and religion, and extraordinary popular music, cinema and fine arts. Extending from the Maldives and Bhutan to Egypt, SAME is home to languages and cultures practiced by more than half of the world’s population. Some of the world’s newly-influential cities, such as Dubai, are located here, alongside the largest and oldest urban centers in the world, including Delhi, Baghdad, Karachi, Jerusalem and Beirut. Look beyond popular stereotypes and misunderstandings that Western nations have about SAME in order to better understand the unique and diverse world views of these vital regions. 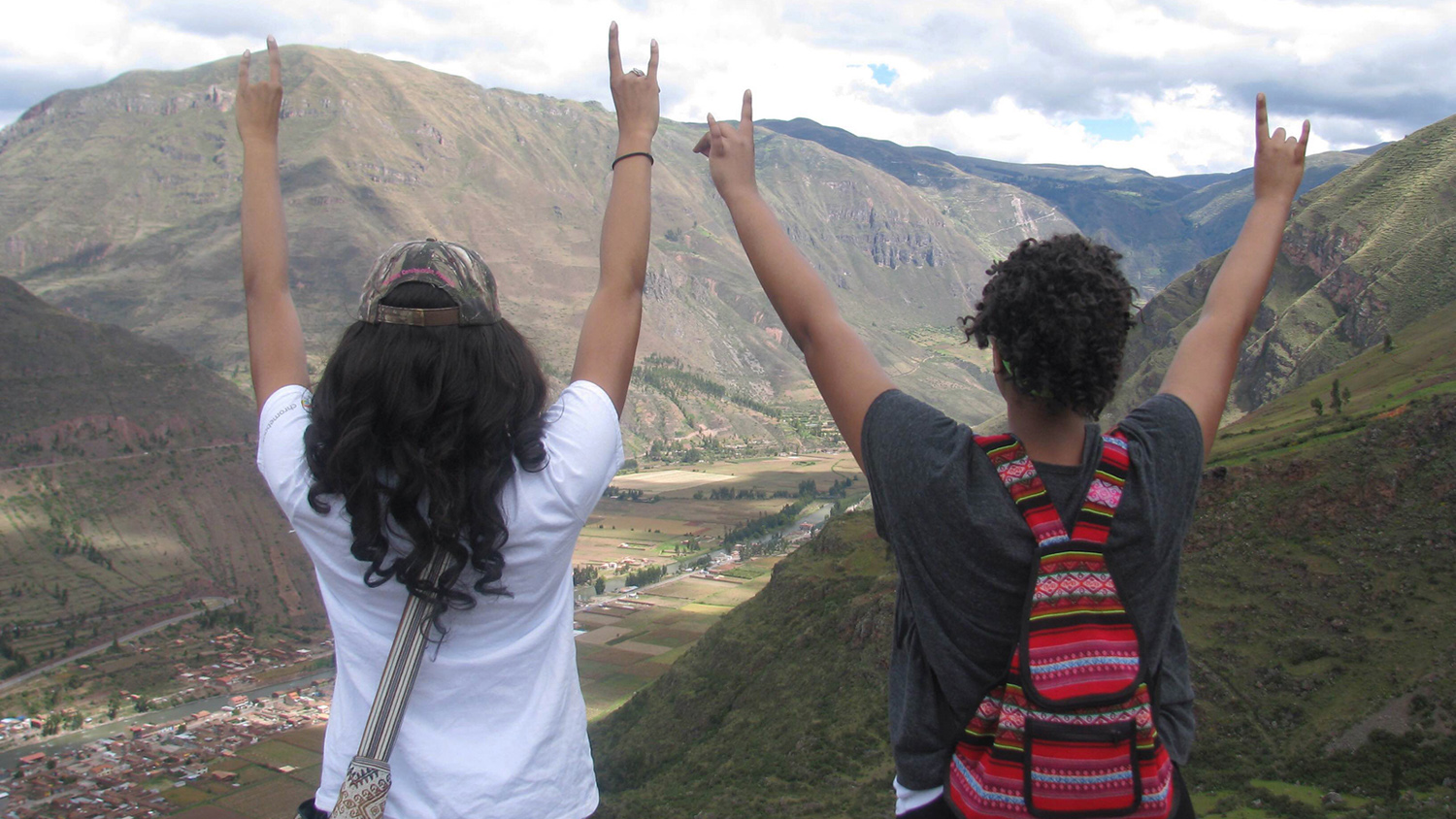 All international studies majors participate in study abroad. This unique component adds depth to your education through sustained engagement with people and communities outside the United States.

International studies students include some of NC State’s most engaged and intellectually active undergraduates. Seek out scholarship and research opportunities and speak with your advisors about possibilities.

The Study Abroad Office runs two cycles of study abroad scholarships each year. One application will allow you to apply for a number of scholarships, based on what you qualify for. Everybody should apply for these scholarships, which include options available to all NC State students.

This scholarship opportunity is only for declared Hamilton Scholars with a dual major in international studies and a major in the College of Management. Past recipients have studied in Germany, Argentina, France, Egypt and other locations.

A complete list of all scholarship opportunities offered by NC State’s College of Humanities and Social Sciences.

Phi Kappa Phi Study Abroad Grants are designed to help support undergraduates as they seek knowledge and experience in their academic fields by studying abroad. Fifty $1,000 grants are awarded each year.

We encourage all international studies students to ask their advisors about other on-campus and off-campus opportunities, such as:

NC State has a local chapter of the International Studies Honors Society, “Eta.” The college’s international studies director, Seth Murray, organizes chapter meetings. Please contact him if you are interested in joining.